Enter your City name or Pincode

Avadi is a part of the Thiruvallur District, which is an administrative district. Located in the western part of the city of Chennai, it’s a residential locality which is well-connected to the city via roads and is surrounded by various defence and military installations. It is counted under a Special Grade Municipality of Chennai Metropolitan Area of Tamil Nadu. The name Avadi actually means ‘a place with a lot of cows’ in Tamil. However, it is treated as the acronym for ‘Armoured Vehicles and Ammunition Depot of India’ but that fact is not true since the defence establishments around Avadi were not set up before the 1960s. Avadi owned its township on 1st March, 1996. The town has been neglected of all the needs and requirements, especially in the suburbs, but recently the government has been looking up to all their queries and the town is said to be upgraded as a corporation soon enough. 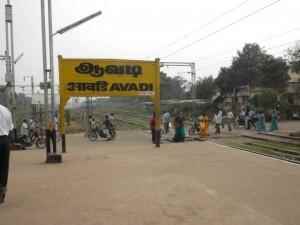 0n 10th January 1955, a famous historical session of Congress took place Avadi. That session emphasised on the significance of socialism and how did it impact on social development. At the end of the AICC session, it was decided that a socialistic pattern of the society would be the aim of the Congress.

There is a lake in Avadi which is located right behind the Tamil Nadu Housing Board (TNHB). However, it’s a dry lake now and has been dry for many years. Also in recent years, it has lost most of its area because of aimless and unplanned construction of buildings and encroachment. Moreover, the lake was supposed to be used for purely agricultural purposes. This lake still attracts many birds during many seasons.


Other factories like the Shaw Wallace Company and the Southern Cables Corporation that manufacture variety of cables, the Tube Investment of India, that produce varieties of engineering goods, a manufacturing steel tubes and several other industries under private management as well as government management are located in the town.

There are no direct flights to Avadi however; one can avail airways through Chennai. There are many flights available via Chennai airport on a regular basis and is 16km away from Avadi. Another airport close to Avadi is the Tirupati Airport in Andhra Pradesh which is 95km from Avadi. There are no regular trains connected from major cities to Avadi. The town has a Railway Station of its own, namely Avadi Railway Station. One can also choose to travel through Perambur Railways in Chennai, which is connected to Avadi and is just 16km away from the town. However, the town is well-connected via bus routes throughout the town and to major cities of the country as well, by regular buses.

Are you a Business Owner?

Add the products or services you offer